For me the best part about religion is the folklore. God is a storyteller. The biblical account of the creation of the world is storytelling at its best. God says I want to do something physical. The first knowledge of God is light. God must have been the first filmmaker; the first thing He was interested in was light. Without light nobody sees anything, the knowledge of light and darkness is fundamental to storytelling. He says I will take darkness and light and separate it. So He starts to make a film. 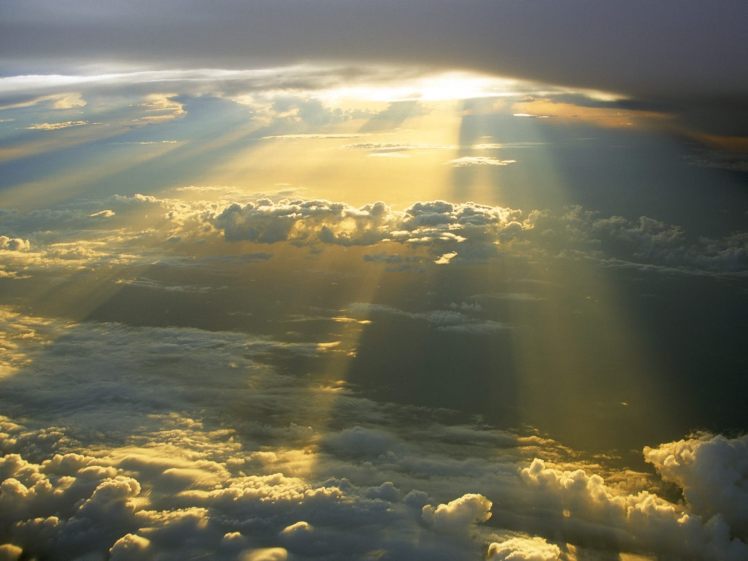 He said well what do I need? Oxygen, carbon dioxide, plants, food, animals, etc. Once He got all of that, then he decided to bring the good guy, Adam. Audiences are fascinated, they say, “Look he just got a piece of clay and He formed a man out of it, breathed into him and now he is walking.” The audience applauds. God creates his first element of storytelling; Spectacle. Now Adam is walking around and the audience is thinking what is going to happen, they are waiting to see what happens, now God is thinking what am I going do, he just can’t be walking around all day. Adam is bored, the audiences are bored, now God’s film is in trouble, Adam is walking around scratching himself and eating fruits and God is thinking what should I do and suddenly He thinks of something, yes! I will take one of his ribs and make a woman, he makes a woman and the audience are marveled, they cheer. Now the two of them are walking around and God says to himself I like this audience, let me make the story even more dramatic so he says to them don’t eat this fruit hoping that they will eat, but they are stupid and don’t eat it. Now the drama is dying. So He is thinking how do I get them to eat this fruit, so he introduces another character to evolve the story. God sees a snake slithering by and he thinks why don’t I use the snake to make them eat the apple? Manipulating the story, now the snake goes to Eve and says to her, if you eat that apple you will be wiser. Now Eve eats the fruit, another drama is set in motion. God was using spectacle, to get going his story. That is what we do as filmmakers, if God created Adam and Eve before oxygen they would have died before the story even started, he prepared the environment.

As filmmakers we should prepare the environment for our characters. Whether it’s an apartment, village, farm or school. You have to know; who the characters are, what they eat, what friends they have, what kind of society they live in, what clothes they wear, etc. Is he or she fat or skinny, beautiful or ugly, dark or fair, strong or weak, what are you telling the audience by those descriptions, what are you telling society when you say this is attractive and that is not? What are you affecting?

In writing a story you must know the position of your characters in life. First is economic status in life, what social class they belong to, what magazines do they buy, what type of car they drive, how many relatives he has, what religion he belongs to, etc. All of that may not be in the story but as a filmmaker you must know all these about your characters.  Then you go to the psychological makeup, everything physical is social and everything social is psychological.

For example, when a young girl has hair, first it’s physical then when society deems that her hair as not nice hair, it becomes social and now this young girl walks about with her hair covered because she is ashamed, it becomes psychological. And that is where African cinema fails, psychological drama. African filmmakers neglect the psychological impact. We neglect how we function, how our sexuality is completely incarcerated or in prison in the psychological drama of the physical and the social. When you dress and leave your house, you are first of all wearing a physical dress, when you step out, that physical dress becomes social when someone sees you and says nice dress, you feel good and walk with confidence, then it has gone from physical, to social and them psychological.

So when developing a character, once you understand these three things and how to use it right it helps you develop a stronger character and help you in the vocabulary of life to write the story. You must study your characters inside out and know them; physically, socially, and psychologically, and then you can place them in the drama of life.  It’s very hard to dramatise characters you don’t know.